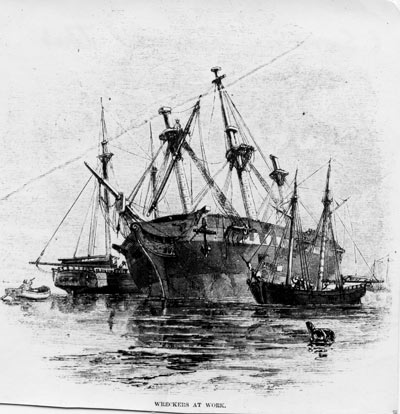 In an 1859 article printed in Harper’s Magazine called “Wrecking on the Florida Keys,” Charles Nordoff was interviewed in regards to charges levied against Captain Housman by the Florida Supreme Court in 1838. The crime was the result of the 1836 wreck of the Ajax on Carysfort Reef.

In terms of Captain Housman, Nordoff reported, “It was charged that a certain wrecker had received from the wreck goods which he failed to deliver at Key West. Further, this wrecker had on his way stopped at his home at Indian Key. The main fact having been proved, the wrecker was denied all salvage from his four vessels employed, and deprived also of his wrecking license.”