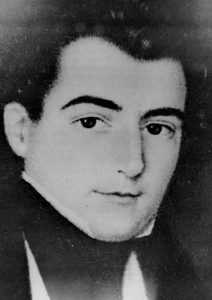 “Indian Key is a place of rendezvous for the wreckers, while engaging in their vocation. Here they procure their supplies of provisions, stores, etc. They are stationed at various positions along the reef, but Indian Key, possessing a good harbor, and holding our many other inducements, is much resorted to, and may be considered as headquarters...”

“This island is not over five or six acres in extent—it is nothing more than a rock in the midst of the ocean. It contains twenty or thirty small houses, and one large building, which is used as a hotel. This establishment has in connection a billiard table, nine pin alley, etc. The wreckers, when ashore amuse themselves in playing these various games…”

“In the fissures of the rock of which the Island is composed, a small quantity of alluvial soil has collected. Here I first discovered a beautiful West India plant, called the Cordia Sebestina, growing in great abundance; also, several species of wild bean. These plants are found on nearly all the Keys, and are, therefore, I presume, indigenous. By great labor, a quantity of earth has been collected, and a fine garden made. Cocoa nuts, limes, bananas and other West India fruits, are successfully cultivated. Upon the whole, Indian Key is a delightful residence—a little gem in the midst of the ocean, and may be supposed in some degree, to realize the aspirations of a poet...”

“The families of the wreckers and turtlers are the principal inhabitants; they are thirty or forty in number. The waters in the neighborhood abound with the finest fish in the world, and great quantities of turtle are taken on the neighboring shores...”