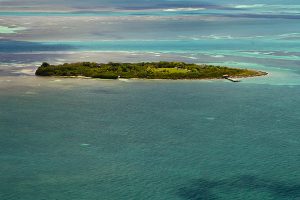 January 5, 1836 the Florida Territorial Congress voted unanimously to split Monroe County, once stretching from Key West to Lake Okeechobee, in two. The area of Monroe County east of Bahia Honda was officially declared Dade County February 4. The County Seat was assigned part-time to both the settlements at Cape Florida and Indian Key.

Inhabitants of Key West were incensed. William Whitehead sent a petition signed by 95 individuals residing in both Dade and Monroe County arguing against the act and providing a litany of reasons including the statement, “As Indian Key and all of its buildings belong to one individual, the holding of two terms of the Superior Court there per annum may possibly benefit one man, but will double the burdens of every other in both counties.”

In response, Housman sent a petition to the territorial congress on March 1 signed by 107 individuals arguing, among other things, “…what motives they may have in desiring this law revoked we do not pretend to say, but it is to be feared that the due regard for the interest of the settlers in the remote part of the county is lacking.”

The Legislative Council of the Territory of Florida voted March 9, 1844 to move the Dade County Seat to the south side of the Miami River.